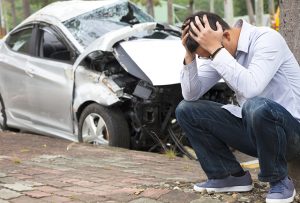 Devastating accidents caused by drunk drivers occur far too frequently throughout the state of Florida. This August a drunk driving accident in Lake Worth took the life of one man, with the alleged perpetrator facing criminal charges in Palm Beach County for DUI manslaughter, DUI causing injury, and DUI causing property damage.

According to a November 2015 report in the Sun-Sentinel, the driver was allegedly under the influence of cocaine, Clonazepam, and Oxycodone when he went across the center lane and collided head on with an SUV driven by his victim, who was pronounced dead at the scene.

Of course, this type of tragic DUI accident leads to a host of questions; specifically, how can a victim recover compensation after sustaining serious injuries in a wreck caused by a drunk driver? Or, what actions are available to the family of an individual killed in a DUI accident?

Most importantly, those who are injured in an accident caused by an intoxicated driver are able to file a claim or lawsuit, alleging the drunk or drugged driver’s negligence led to the wreck. And, while negligence requires finding of specific factors in many situations, this is not necessary in a crash involving an intoxicated motorist. To be sure, Florida law stipulates that anyone in violation of a law meant to protect the public is automatically deemed negligent, a concept known as negligence per se.

Here, once the victim or his or her family members demonstrate that the driver was intoxicated, and thus was negligent, they may be eligible to recover compensation for a host of different damages. For example, the victim in a wreck can often obtain money to pay for the costs of:

The family of an individual killed in a DUI wreck also has significant rights to recovery. Specifically, they may be able to recover compensation for:

In some cases, especially those involving drunk drivers, victims or their surviving family members may be eligible to recover punitive damages, as well. Ultimately, punitive damages may be awarded when it is demonstrated that the liable party’s actions were truly egregious and harmful to the public. In the case of a drunk driver, the victim or his or her family can use the driver’s criminal conviction as evidence in a civil case; this, in turn, could lead to a higher monetary award in a case.

Let Us Help You Today

There is no reason to file a claim or lawsuit without the assistance of a skilled auto accident attorney in Florida. Attorney Jarrett Blakeley is prepared to help you throughout each step of your case and will act as your advocate during this troubling time. Reach out to the office today for a free consultation by calling 954-253-9445.