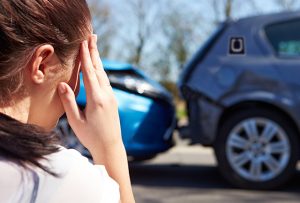 Many remember Nick Lachey as one of the lead singers of 98 Degrees, a boy band widely popular in the 1990s. Or, others may recall his name and face from an early-2000s television series highlighting his life as a newlywed.

But recently, Lachey was in the news spotlight for an entirely different reason; to be sure, according to an October 2015 report in US Magazine, he and his wife Vanessa were involved in an accident while riding in a car operated by an Uber driver.

The report alleges that the car in which Lachey and his wife were riding was involved in a Uber car accident; however, the report also claims that Lachey posted to Instagram shortly thereafter, asserting that he and his wife were unharmed, and that seat belts should always be worn when riding in a car.

It is truly fortunate that Lachey and his wife were not injured in this crash involving an Uber driver. But in the event that you or a loved one is hurt in a car wreck, it is important to know the appropriate steps to take in the direct aftermath to ensure that you have the full chance at recovery. Keep these following suggestions in mind for after a wreck, and don’t hesitate to contact a skilled Florida attorney for immediate assistance.

Most importantly, after any type of car accident you should call the police to ensure an accurate police report is created on the scene. A police report can be used as evidence later on in a personal injury claim or lawsuit demonstrating the fault of the other party, and ensuring you are able to recover due compensation.

Additionally, you should seek medical treatment for anyone who appears to be injured. Furthermore, you should still visit a doctor even if you feel fine in the direct aftermath. Many injuries, such as whiplash and other soft tissue injuries, may not be immediately noticeable, and visiting a doctor can often uncover any harm you may have sustained.

The story from above can, in fact, be used as an example of what not to do after a wreck. While it is fortunate that Nick Lachey felt fine after the wreck, making any direct claims alleging this may be damaging later on. Specifically, if Lachey noticed pain in his neck a few days later, it would be more difficult for him to recover compensation due to the note he posted on the Internet.

Do Not Admit Fault

Often, those involved in a car wreck may admit fault, or act as if they were in the wrong. For example, a driver in a crash may say “sorry about this” to the other drivers, or may claim that he or she was responsible for the wreck.

But while it may be tempting to say these in the heat of the moment, especially to calm another furious motorist, doing this can be used against you later on in a claim or lawsuit. In your pursuit to recover compensation, the at-fault driver (or his or her insurance provider) can use any of these types of statements to show that you were, in reality, liable. As such, it is best to remain silent about this issue.

Finally, in the aftermath of a crash, it is imperative that you contact a skilled attorney for help. An insurance adjuster may reach out to you for comment, or to ask you to accept a monetary settlement. Without a legal professional on your side, you may not be able to obtain adequate compensation, either in a claim or a lawsuit.

In light of this, please reach out to attorney Jarrett Blakeley in Florida if you need assistance after a crash. He has significant experience helping victims throughout the area, and will act aggressively to help you obtain damages. Call the office today at 954-253-9445 for a free consultation on your case.